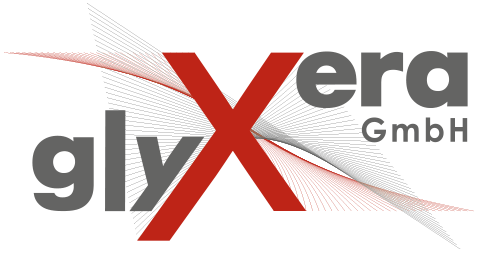 We are pleased to announce that a successful collaboration between glyXera and Danone Nutricia Research, Utrecht, The Netherlands, resulted in the publication of a research article in the journal Nutrients titled “Presence and Levels of Galactosyllactoses and Other Oligosaccharides in Human Milk and Their Variation during Lactation and According to Maternal Phenotype”.

Human milk is the best possible nutrition for all infants. It provides the optimal balance of nutrients as it is specifically adapted to support the growth and healthy development of the breastfed infant. In fact, the World Health Organization recommends exclusive breastfeeding for the first six months.
Human milk contains a large variety of oligosaccharides, the so-called human milk oligosaccharides (HMOS), that constitute the third largest solid component of milk. Thus far, more than 200 individual and unique HMOS have been described, and many more remain to be identified.
The HMOS concentrations in milk vary from mother to mother and are influenced by several factors, like stage of lactation, parity, maternal diet, and genetic predisposition. 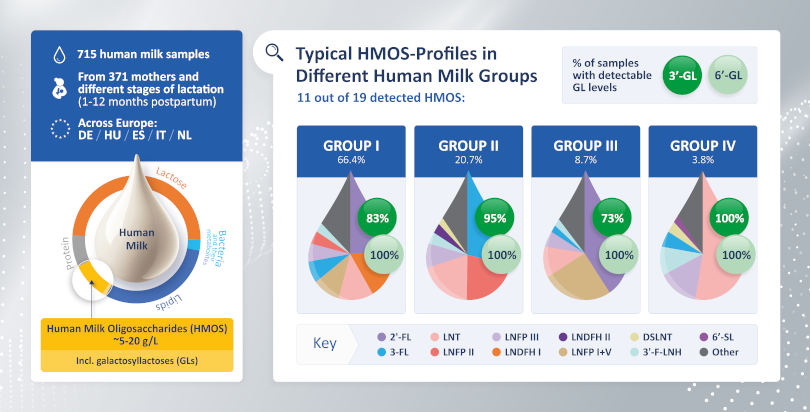 715 human milk samples representing different stages of lactation (up to 12 months postpartum), from of 371 mothers and during different stages of lactation (1-12 months postpartum) from across Europe were analyzed using glyXera’s multiplexed capillary gel electrophoresis analysis system. The milk samples were assigned to different groups corresponding to characteristic HMOS profiles encompassing the most abundant and prominent HMOS. A special eye was cast on the presence and levels of galactosyllactoses, which, due to their typically low abundances, haven’t been studied extensively up until now.

The study confirmed that HMOS compositions are highly variable and at the same time uniquely donor-specific. Certain HMOS were strongly dependent on maternal genetics or lactation stage, while others behaved very similarly overall.
β3’-galactosyllactose and β6’-galactosyllactose (3′-GL and 6′-GL) were detectable and thus present in more than 75% of the analyzed human milk samples. Interestingly, the maternal genetics did not appear to have any influence, because all known four HM groups showed the presence of both GLs. Furthermore, their concentrations appeared to be stable across lactation phases.

If you would like to learn more about glyXera’s glycan analysis technologies and their applications to human milk research, analysis of synthetic glycans, or biomarker discovery, please feel free to get in touch.